THE DARK SIDE OF TISSUE DONATION........ One mans Journey.

The following article was copied from the website christruitt.com . I do not make any claims to its authenticity and it is strictly informative in nature. It is one mans "Journey".  It is a very good blog. Remember, THIS GUY WORKED IN THE INDUSTRY AND DONATED HIS DAUGHTERS ORGANS, He has seen both sides.....


The Dark Side of Tissue Donation 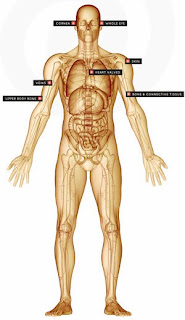 For as long as tissue banks have been in existence there has been a debate over which is a better steward of the gift; a for-profit agency or a not-for-profit agency.
At the heart of the debate is the fact that no donor family likes the idea that someone may be getting rich from the sale of their loved one’s organs and tissues. The family is donating the gifts for purely humanitarian reasons; their hope is that someone else’s life will be saved or at the very least made better by the gifts so graciously donated.
This is how my wife and I felt when we chose to donate our two-year-old daughter’s organs and heart valves on March 1st of 1999. At the time our number one goal was to create something positive from the death of our daughter; to help someone else live by giving our daughter’s organs and tissues. We simply assumed that whoever used our daughter’s gifts would be good stewards of the gifts meaning that they would be procured appropriately and distributed appropriately.
The Personal Journey
The University of Wisconsin Hospital and Clinic’s Organ Procurement Organization (OPO) harvested our daughter’s liver, pancreas and intestines and Allograft Resources (which was a not-for-profit tissue procurement organization at the time) harvested her heart valves. 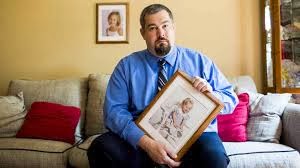 After our daughter’s death and subsequent donation we had the incredible chance to meet the recipient and her family. We were able to see first-hand the good that can come from organ and tissue donation. Our single goal was achieved; through our daughter’s gifts helped save another family from going through what we were going through at that very moment – planning for the funeral of our baby girl.


I believed in organ and tissue donation so strongly that shortly after my daughter’s donation I was hired by Allograft Resources as a member of their procurement team. Over the years, though, Allograft Resources was essentially “bought” by the organization that processed the donated tissues that Allograft Resources recovered – Regeneration Technologies Inc. (RTI) of Alachua, FL (a for-profit company). As Allograft Resources began changing hands, the focus of the “business” began changing from helping donor families to helping the company’s bottom line.
Soon after the acquisition of Allograft Resources RTI became a publicly traded company. That is when things really started going down hill. For example LifeCell, a skin processing company, began handing out “Golden Dermatome” awards (a dermatome is the surgical instrument used to procure skin) to the people that recovered the most skin per donor. Instead of being careful to follow the wishes of the family our procurement teams competed against each other to see who could recover the most skin. In reality, the Donors were reduced to nothing more than a square footages of skin.
Another example of “beefing up the bottom line” was the introduction of “research” tissue procurement. Families are told that tissues not suitable for transplant may be suitable for use by researchers searching for cures for diseases and conditions. What the families weren’t told was that research tissues may include the procurement of an entire foot, an ear, a nose, a spine – virtually anything (especially if the donor was to be a direct cremation).
$100,000.00. That is ONE HUNDRED THOUSAND DOLLARS!
By the time a procurement team was done with a donor, the tissues could be sold for a total that sometimes topped $100,000 (from what limited information I could gather – tissue banks are tight-lipped about the values of human tissue).
I began investigating where the money trail led. The emotion behind this charged topic is simple: no donor family wants to think that some company executive is driving around in a Jaguar purchased with an exorbitant salary earned from the sale of donated organs and tissues. Unfortunately, though, that’s exactly what is happening. 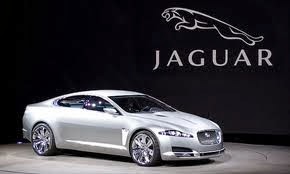 In reviewing RTI’s Securities and Exchange Commission filings and stockholder reports the true
magnitude of the money being earned by this one company alone is very obvious.

In 2003 RTI listed net revenues at $75.5 million and in 2004 that number climbed to $92.7 million. In 2003 executive compensation packages added up to over $1.4 million dollars with the CEO earning over half a million dollars alone.

In 2005 available bonuses for the executives range from $250,000 for the CEO to $90,000 for the VPs and total $710,000 together. This is in addition to the 4% raise that was approved for each executive’s salary.
As if this wasn’t enough, RTI set up a “retention and severance agreement” designed to “maintain stability” following the company’s announcement that they’re exploring “strategic alternatives to enhance shareholder value”. The retention and severance agreement would come into play should the company be sold if the “strategic review” leads to the sale of the company.
Over $1.7 MILLION ($1,700,000.00) has been set aside to reward employees for staying with the new company as a retention bonus or to be paid as severance pay should they lose their job in the shuffle.

At the heart of the matter is one, simple fact ;
everyone is making money off the donated organs and tissues and not one cent finds its way back to the donor or donor family.
Procurement teams are paid, the facilities where the procurements are taking place are paid, procurement agencies’ operating budgets are paid, shipping to processing labs is paid, processing costs are covered and the final cost to the end recipient is charged by the hospital who is charged by the processing lab for that particular tissue. Even the nurses and doctors in the transplant surgery are paid. Thousands of people make their livings (and damn good livings) off gifts so graciously donated by humanitarians.
How is this fair?
There is a federal law on the books that makes it illegal to sell human organs and tissues but it does allow for the recovery of “necessary costs and fees” relating to the procurement, processing and transplanting of the donated tissues. unfortunately these companies are responsible and the CEO's are the ones designating the outrageous prices for procurement, processing and transplanting of the your deceased family members donated tissues. In other words, they sidestep the law to designate how much they will charge to do the "Paperwork", and tell the federal government that the tissue is free. This can vary from patient to patient, tissue sample to tissue sample, or decedent to decedent. Its what they choose to charge for the "Paperwork". Not the tissue........
Something for the family..... 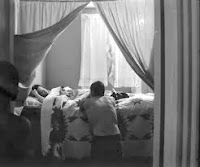 It is time that the greedy for-profit and not-for-profit organ and tissue banks stop hiding behind this law and start paying at least something back to the donor family. Keep in mind; no donor family will ever say that they hoped to realize a financial gain by donating their loved one’s tissues. Everyone, like me, has deeply personal reasons for donating. However, that doesn’t mean that everybody but the family should make money from the gifts.
Average Funeral....
My proposal is simple; require tissue banks and organ procurement organizations to pay for an “average” funeral for the donor (with “average” taking into account the geographic and economic region’s average funeral costs). The family can choose a more elaborate funeral but the OPOs and tissue banks would only be required to pay out “average” costs. The family should also be given the opportunity to use the payout to fund any memorial or charity they wish (such as a bench in the park or donation to hospice care etc.).

This would end the hotly contested and often debated for-profit versus not-for-profit status. In the end, everyone in the business turns a profit off the gifts so graciously donated. It is only right that the family receive a portion to either cover the funeral or to be used charitably. Although it is a statement that you will probably never hear voluntarily from a donor family, if everyone else is making money from our loved ones’ gifts we deserve something too.

Most Popular "Lets Talk About It" Posts